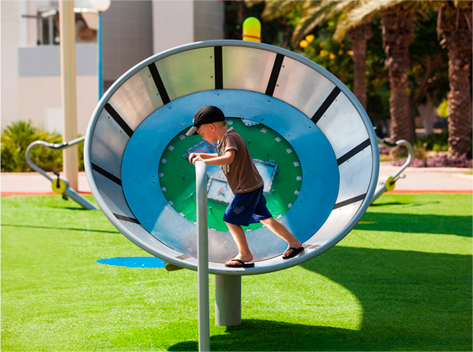 The Greek philosopher Pythagoras stated that the square of the length of the longest side of a right triangle (also known as the hypotenuse) is equal to the square of the length of the two shorter sides put together. This statement came to be known as the Pythagoras Theorem, and the Pythagoras Treadmill is a playground game that demonstrates it in charming fashion.
The Pythagoras Treadmill is intended for children. The treadmill is tilted, but children feel as if they're walking level. As the children walk (or run) on the rotating treadmill, a liquid fills up either a big square or two smaller squares, thus proving the Pythagoras Theorem.
The children's kinetic energy is harnessed by a dynamo to create electrical energy that lights the treadmill. The liquid tries to flow downwards to the point where its potential energy is the smallest – exemplifying a principle used by hydroelectric stations to produce electricity from falling water. 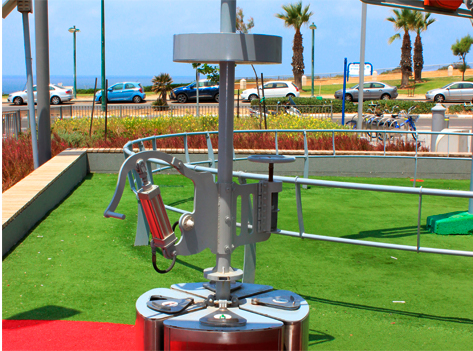 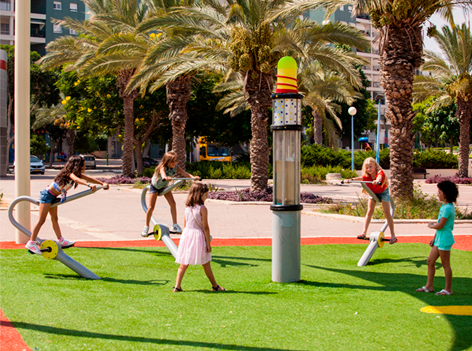 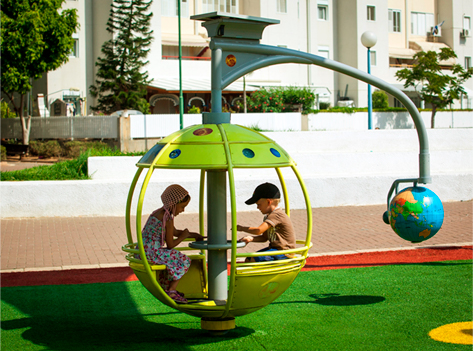 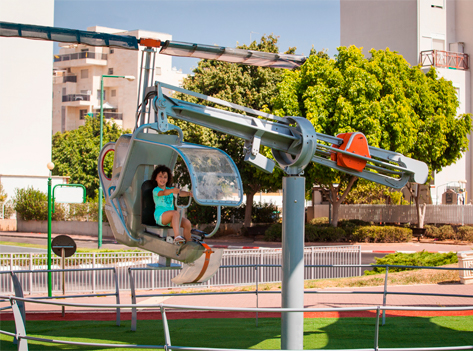 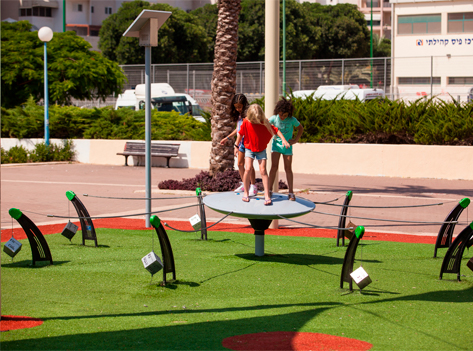 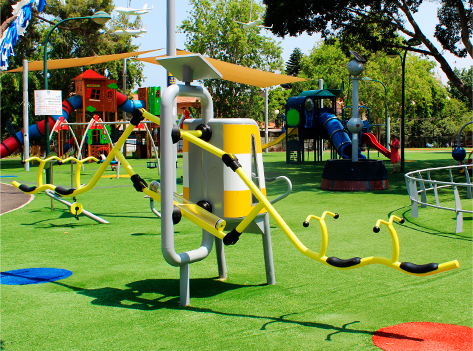 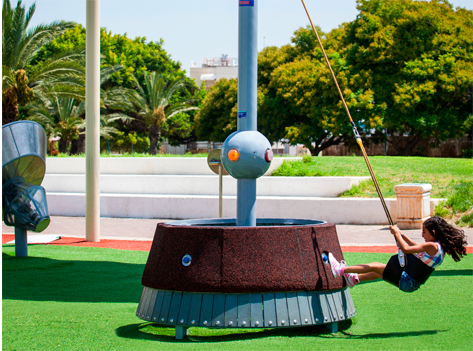 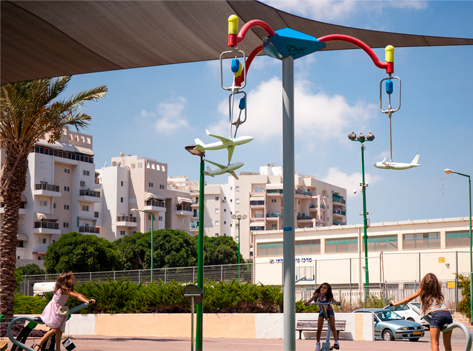 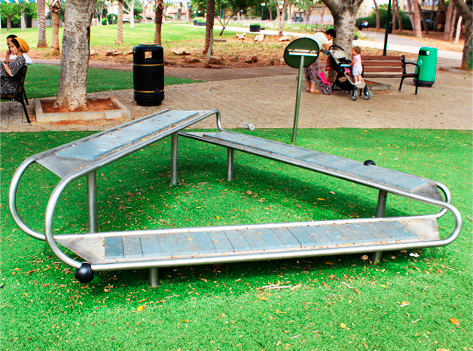